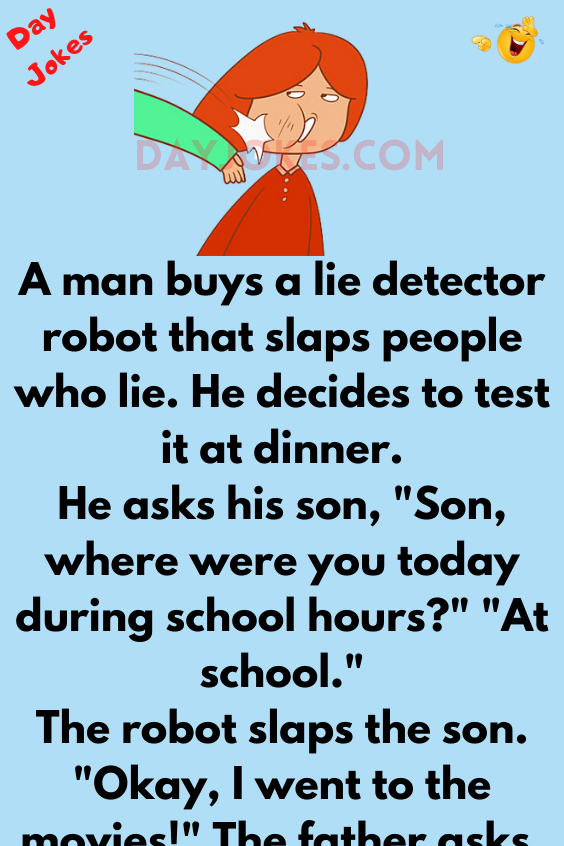 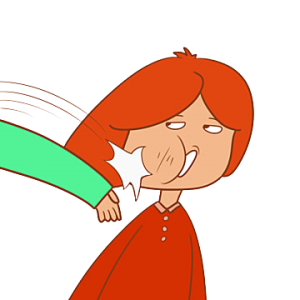 A man buys a lie detector robot that slaps people who lie. He decides to test it at dinner.

He asks his son, “Son, where were you today during school hours?” “At school.”

The robot slaps the son. “Okay, I went to the movies!”

The father asks, “Which one?” “Harry Potter.”

The robot slaps the son again.

The father replies, “What? When I was your age I didn’t even know what p@rn was!” The robot slaps the father.

The mom chimes in, “Haha! After all, he is your son!” The robot slaps the mother. 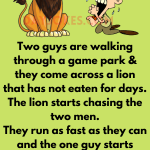 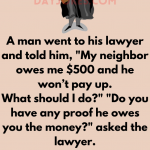