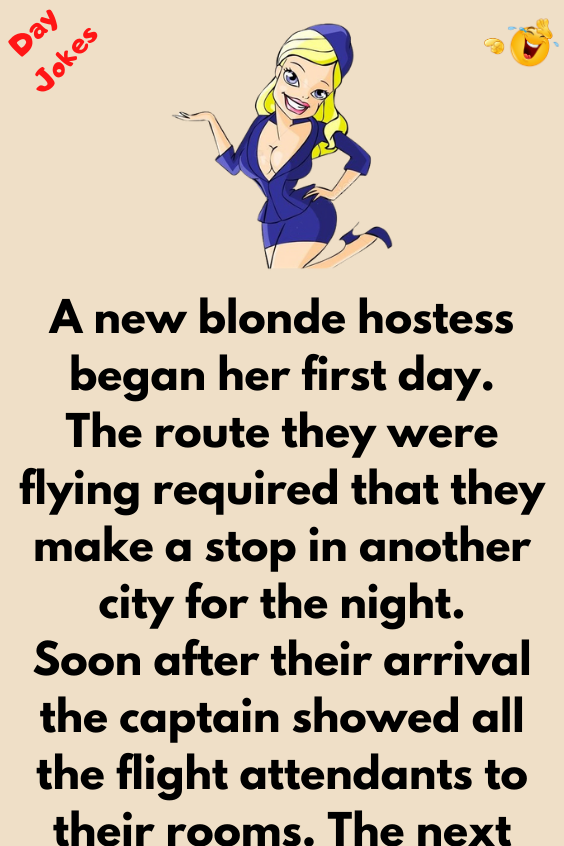 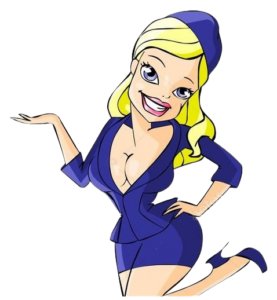 The route they were flying required that they make a stop in another city for the night.

Soon after their arrival the captain showed all the flight attendants to their rooms.

The next morning the pilot was preparing everyone to leave, and he noticed his new flight attendant was missing.

He knew which room she was in at the hotel and called her up, as he was wondering what happened to her.

She answered the phone, sobbing. “I can’t get out of my room!”

The hostess replied, “There are only three doors in here,”

she cried, “one is the bathroom, one is the closet, and one has a sign on it that says, ‘Do Not Disturb’!” 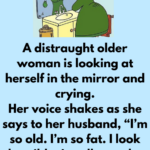 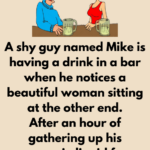