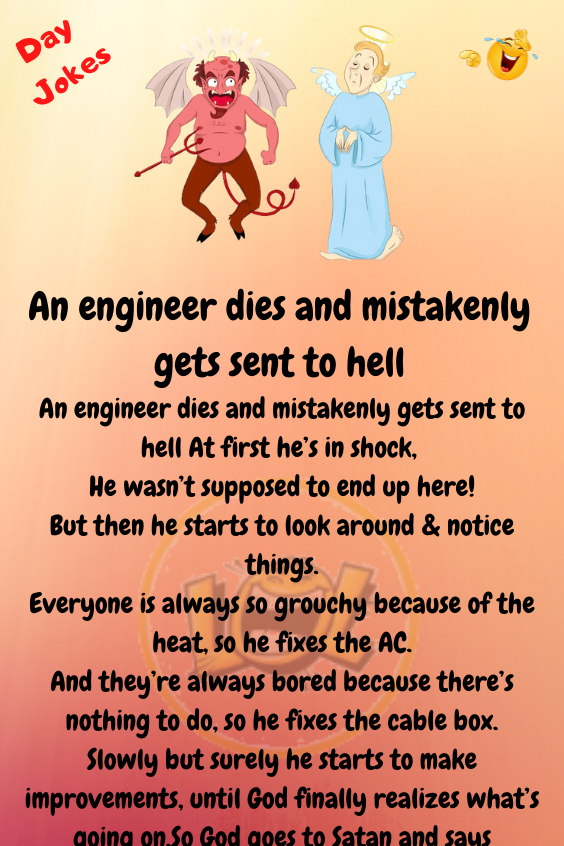 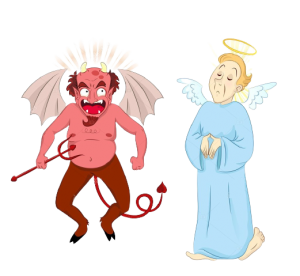 An engineer dies and mistakenly gets sent to hell

At first he’s in shock, he wasn’t supposed to end up here!

But then he starts to look around & notice things.

Everyone is always so grouchy because of the heat, so he fixes the AC.

And they’re always bored because there’s nothing to do, so he fixes the cable box.

Slowly but surely he starts to make improvements, until God finally realizes what’s going on.

So God goes to Satan and says, Hey I think you have our guy.

We gotta fix this mistake.

Satan says, I don’t think so, we like him here.

God starts to get frustrated and says, Hey, if you don’t give us our guy back, I’m gonna have to sue you.

Satan laughs and says, Where do you think you’re gonna find a lawyer? 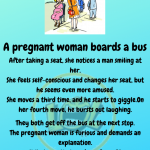 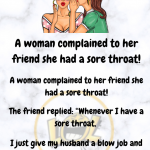