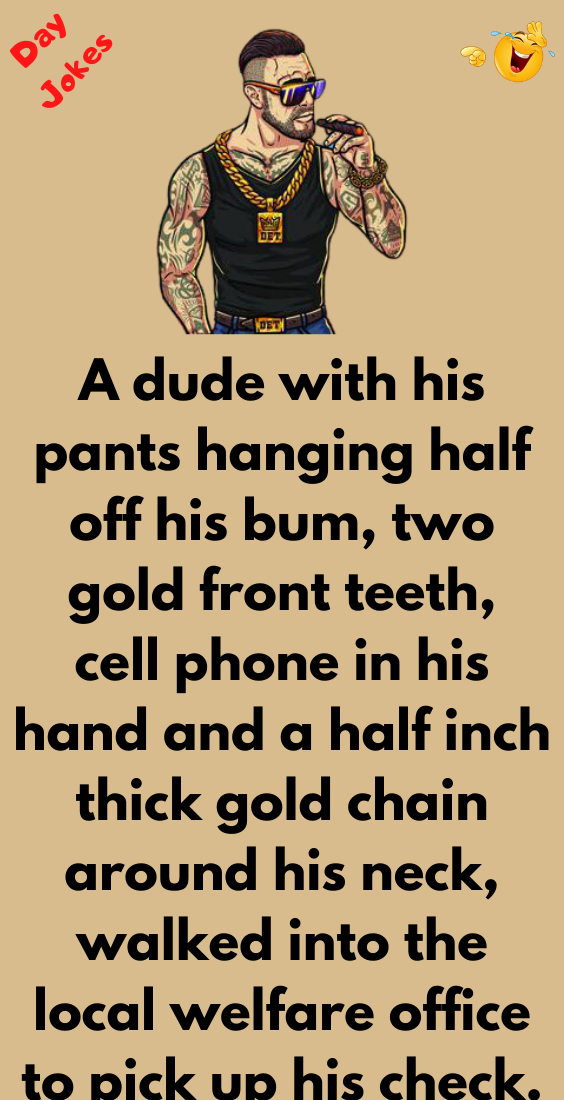 A dude with his pants hanging half off his bum, two gold front teeth,

cell phone in his hand and a half inch thick gold chain around his neck, walked into the local welfare office to pick up his check.

He marched up to the counter and said,”Hey man

You know, I just HATE drawing welfare I’d really rather have a job

I don’t like taking advantage of the system and getting’ something’ for nothing’.”

The social worker behind the counter said “Your timing is excellent

We just got a job opening from a very wealthy old man who wants a bodyguard for his beautiful daughter.

You’ll have to drive around in his 2013 Mercedes-Benz CL, and he will supply all of your clothes

Because of the long hours, meals will be provided.

You’ll also be expected to go with the daughter on her overseas holiday trips.

This is rather awkward to say…but you will also have, as part of your job assignment, to satisfy her on bed as the daughter is in her mid-20’s and has a rather strong stamina in bed.” 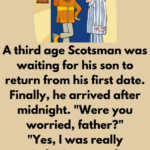 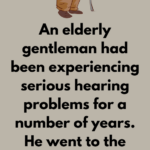