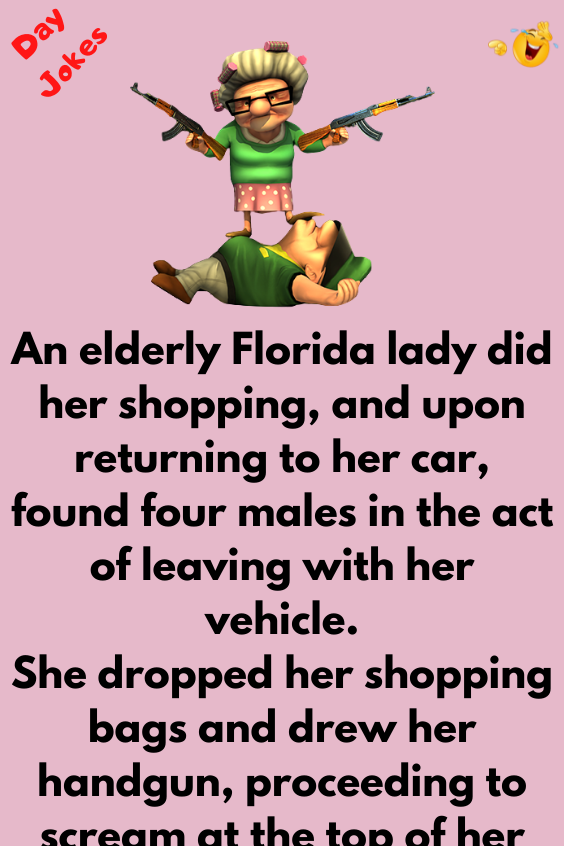 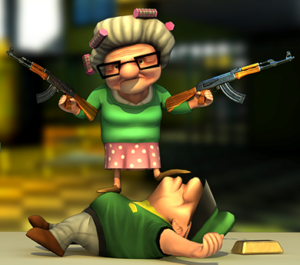 An elderly Florida lady did her shopping, and upon returning to her car,

found four males in the act of leaving with her vehicle.

She dropped her shopping bags and drew her handgun, proceeding to scream at the top of her voice,

The four men didn’t wait for a second invitation. They got out and ran like mad.

The lady, somewhat shaken, then proceeded to load her shopping bags into the back of the car and get into the driver’s seat.

She was so shaken that she could not get her key into the ignition.

She tried and tried, and then it dawned on her why.

A few minutes later she found her own car parked four or five spaces farther down!

She loaded her bags into the car and then drove to the police station.

The sergeant to whom she told the story nearly tore himself in two with laughter.

He pointed to the other end of the counter, where four pale men were reporting a car jacking by a mad, 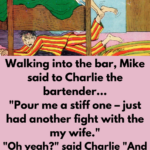 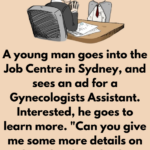