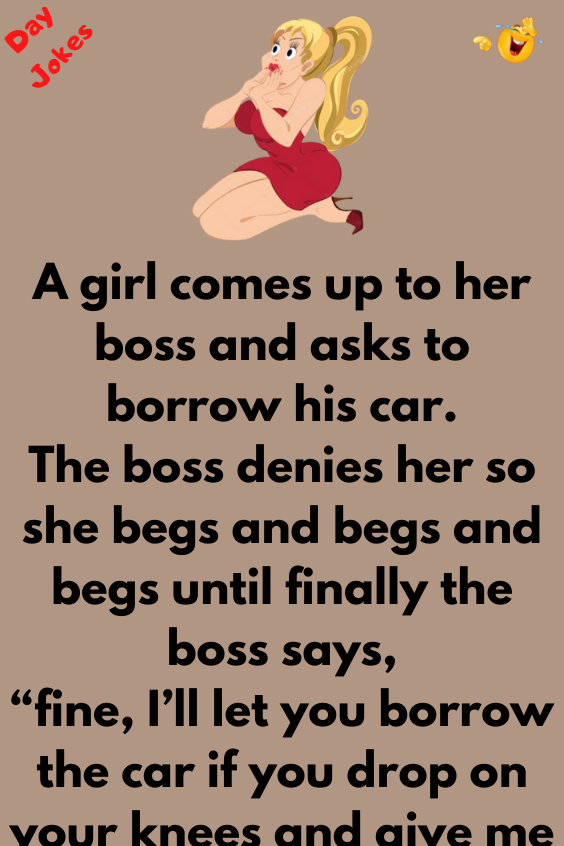 A girl comes up to her boss and asks to borrow his car.

“fine, I’ll let you borrow the car if you drop on your knees and give me some enjoyment.”

Disgusted, she turns around and goes back to her room.

30 mins later, she comes back to ask again because she really needs to borrow his car.

He says “Ok, but you still have to do the same thing!”

She agrees, “fine but you better not tell anyone!”

She drops to her knees and started doing the same but instantly pops up on her feet.

The man then remembers, “oh that’s right, our peon has the car tonight!” 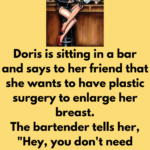 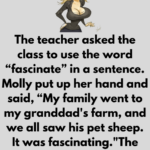