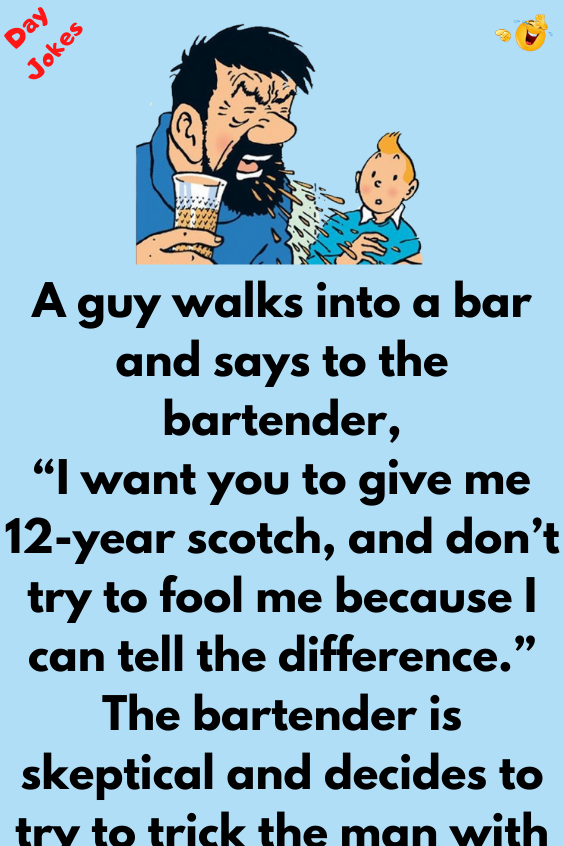 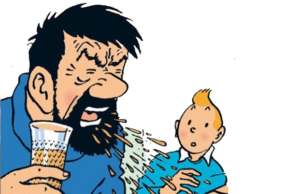 A guy walks into a bar and says to the bartender,

“I want you to give me 12-year scotch, and don’t try to fool me because I can tell the difference.”

The bartender is skeptical and decides to try to trick the man with 5-year scotch.

The man takes a sip, scowls and says,

The bartender tries once more with 8-year scotch.

The man takes a sip, grimaces and says,

“Bartender, I don’t want 8-year scotch like this filth. Give me 12-year scotch!”

Impressed, the bartender gets the 12-year scotch, the man takes a sip and sighs,

A disgusting, grimy, stinking old drunk has been watching all this with great interest.

He stumbles over and sets a glass down in front of the man and says,

“Hey, I think that’s really far out what you can do. Try this one.”

The man takes a sip and immediately spits out the liquid and cries,

The drunk’s eyes light up and he says, 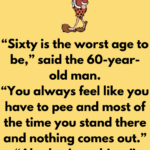 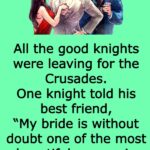