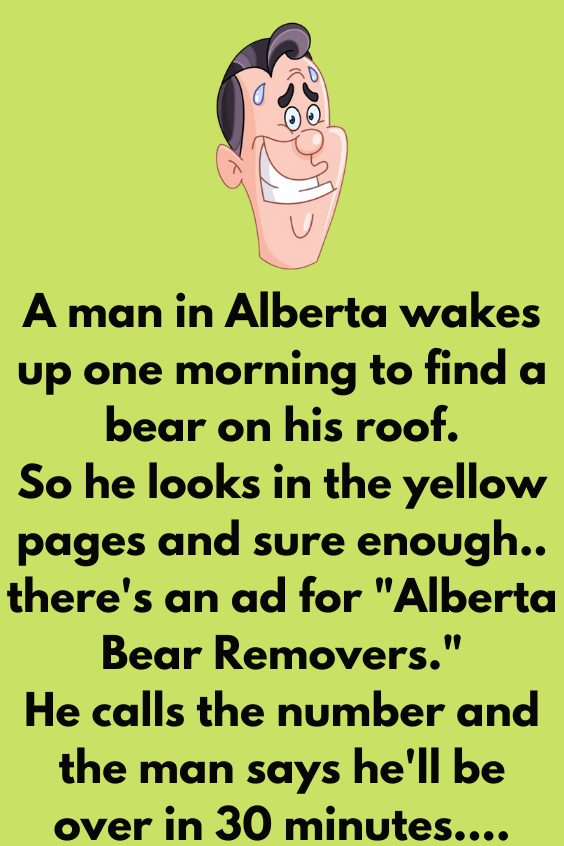 A man in Alberta wakes up one morning to find a bear on his roof.

So he looks in the yellow pages and sure enough..

He calls the number and the man says he’ll be over in 30 minutes.

The bear remover arrives and gets out of his van.

“What are you going to do?” the homeowner asks.

“I’m going to put this ladder up against the roof,

then I’m going to go up there and I’ll knock the bear off the roof with this baseball bat.

When the bear falls off the roof, the pit bull is trained to grab his testicles and not let go.

The bear will then be subdued enough for me to put him in the cage in the back of the van.

“He then hands the shotgun to the homeowner.

“What’s the shotgun for?” asks the homeowner.

“If the bear knocks me off the roof, shoot the dog.” 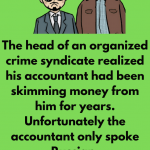 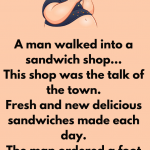