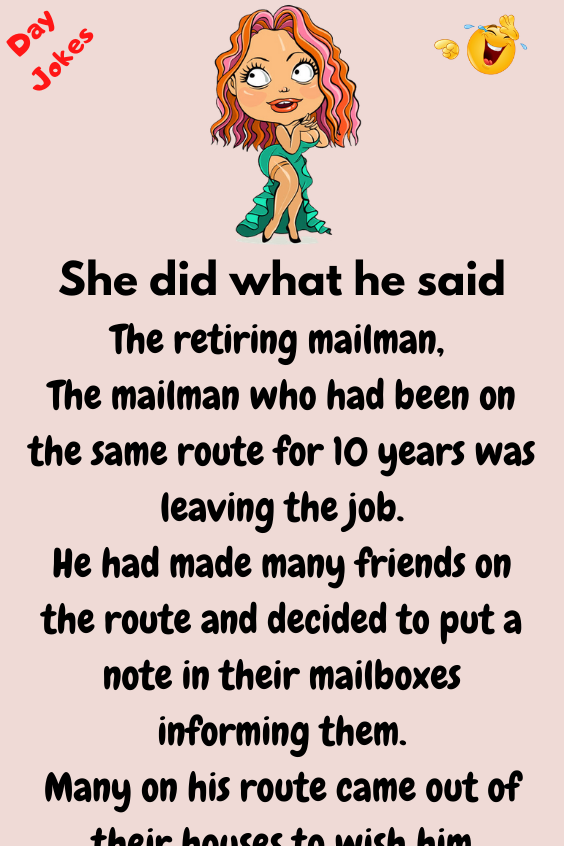 She did what he said

The retiring mailman, The mailman who had been on the same route for 10 years was leaving the job.

He had made many friends on the route and decided to put a note in their mailboxes informing them.

Many on his route came out of their houses to wish him well and some even gave him an envelope with a card and/or a gift.

When he walked onto the porch of one house, the door opened and a young woman in a sheer nightgown invited him in.

She took his hand and led him upstairs to the bedroom where she undressed him and they had passionate love.

Afterwards she led him back downstairs to the dining room where there was a sumptuous lunch laid out.

As he was leaving, she handed him a five dollar bill.

“I’ve never even seen you look out the window when I was delivering your mail.”

“When I got your note, I wasn’t sure what I should do”, she replied.

“My husband is older than I and knows more about how things should be done so I asked him.

”The lunch was entirely my idea.” 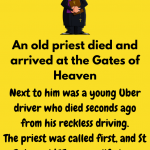 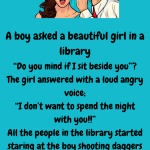