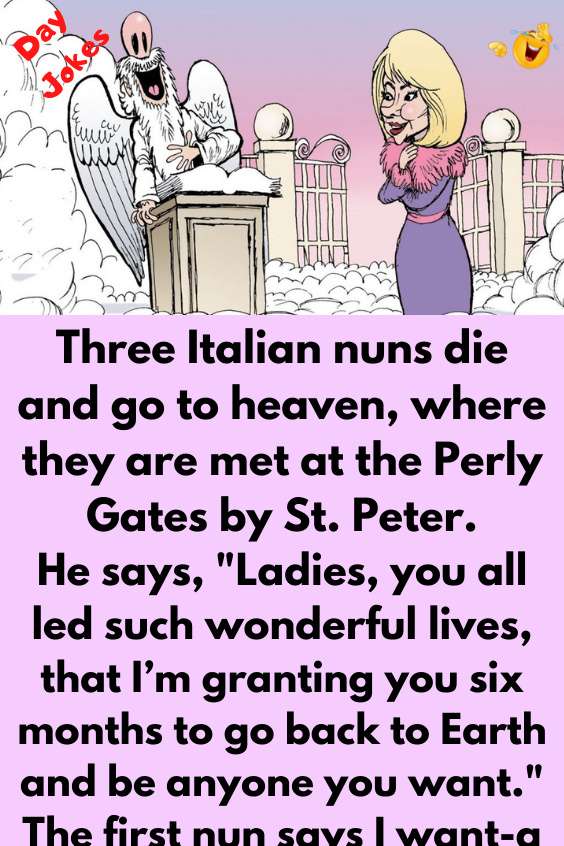 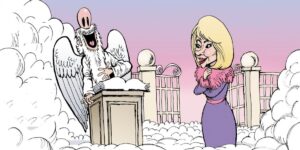 Three Italian nuns die and go to heaven, where they are met at the Perly Gates by St. Peter.

He says, “Ladies, you all led such wonderful lives,

that I’m granting you six months to go back to Earth and be anyone you want.”

The third says, “I want-a to be Sara Pipalini.” St. Peter looks perplexed.

“Who?” he says. “Sara Pipalini” replies the nun.

The nun then takes a newspaper out of her habit and hands it to St. Peter.

He reads the paper and starts laughing. He hands it back to her and says 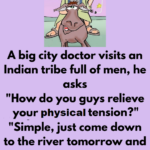 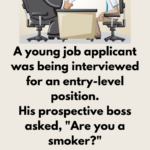