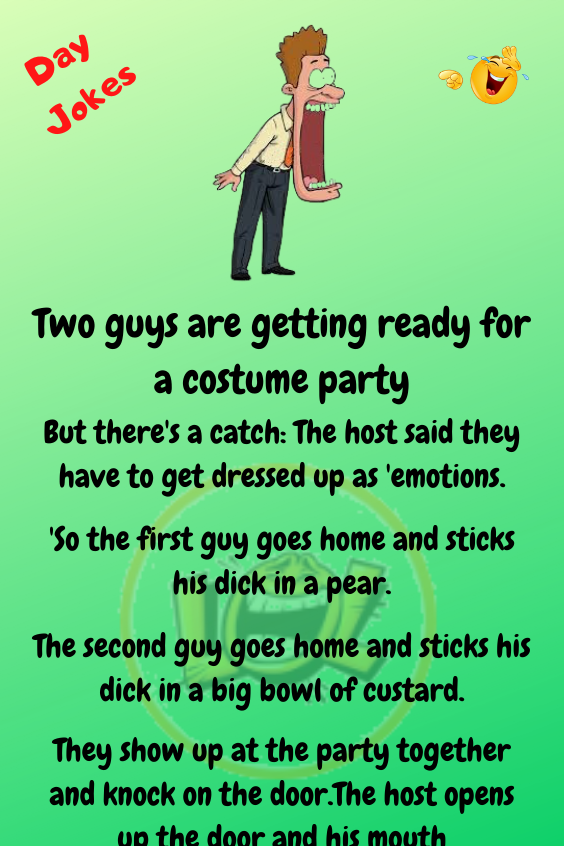 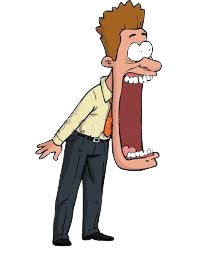 Two guys are getting ready for a costume party…

But there’s a catch: The host said they have to get dressed up as ’emotions.

‘So the first guy goes home and sticks his tool in a pear.

The second guy goes home and sticks his tool in a big bowl of custard.

They show up at the party together and knock on the door.

The host opens up the door and his mouth falls agape as he sees the two.

“What the hell are you doing? What are these costumes!?”

The first guy looks at the host and says, “Yo, I’m deep in dis pair. 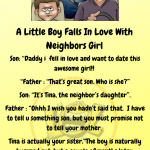 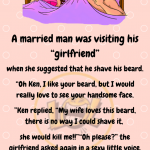