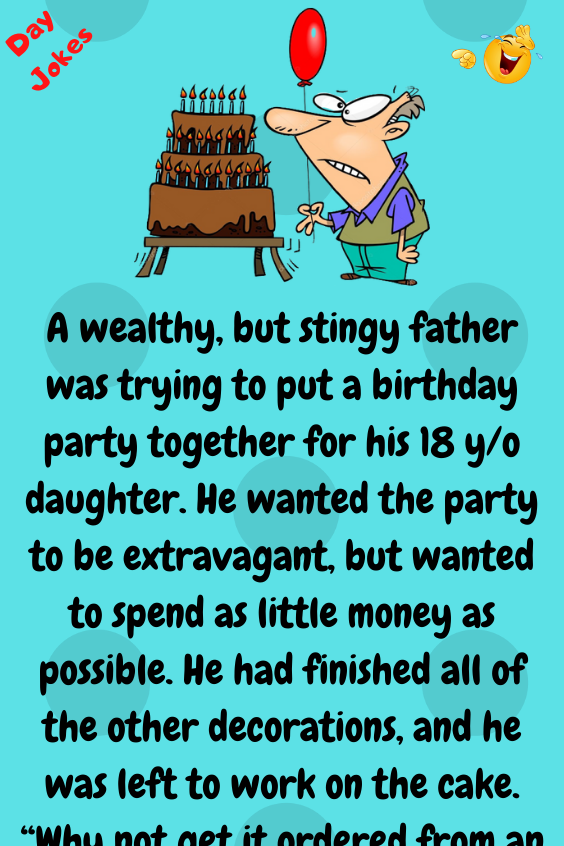 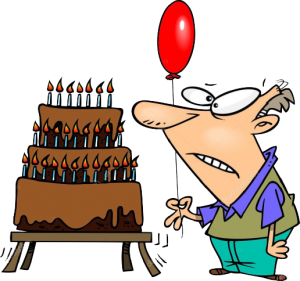 A wealthy, but stingy father was trying to put a birthday party together for his 18 y/o daughter.

He wanted the party to be extravagant, but wanted to spend as little money as possible.

He had finished all of the other decorations, and he was left to work on the cake.

“Why not get it ordered from an upscale bakery?” his wife said.

So the father visited a ton of different bakeries and did research, but found the prices to be too high.

My daughter is inviting all of her friends, and I’ll look bad if I don’t put together a good cake, he thought.

Then, he stumbled upon a shop that opened once a year to provide free cake to its customers.

How quaint, the father thought, but desperate, he walked inside to see if they could provide a cake for his daughter’s birthday.

He was met by a Buddhist monk chanting and lighting incense.

“Of course,” the monk replied, “just draw a picture of the cake you would like on the notepad on the desk.”

The father thought this to be weird, but wanting to save as much money as possible,

he gave him the address and told him to come in the backdoor, just in case the cake was bad.

The day of the party arrived and the monk visited the house with the most extravagant cake the family had ever seen.

All of the guests were in awe, and whispered to each other about how much the cake could have cost.

The monk became the guest of honor and at the end of the party, the father approached the monk and asked,

“Why do you do this for free?

You should take money for your services!

“The monk smiled and said,

“I do this for free because a cake day is the best way to earn karma.”

The daughter and one of her friends overheard this and the daughter repeated the monk’s response to the friend.

“I know, I just heard him say that.” her friend responded.”Yes,”

the daughter said, “but repeating a joke on your cake day is the second best way to earn karma.” 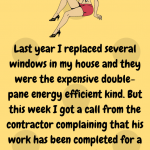 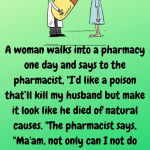