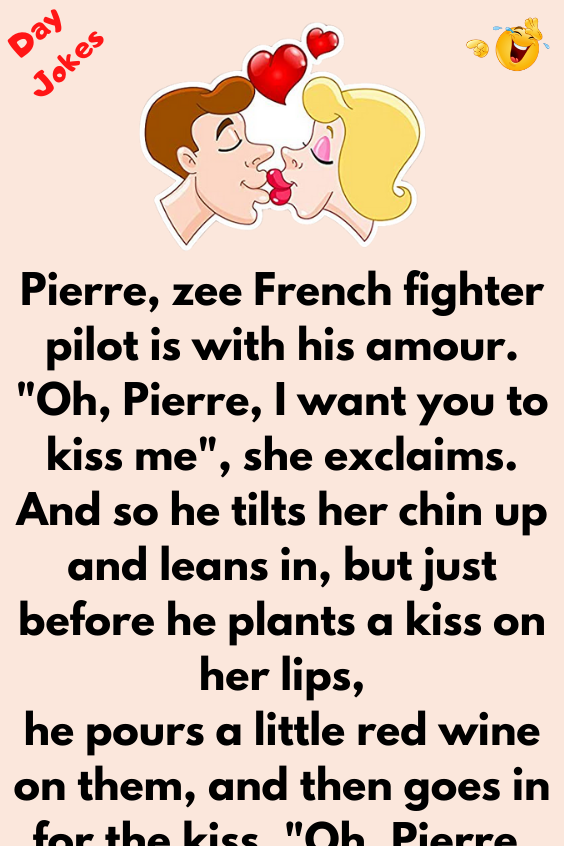 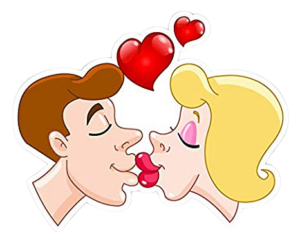 Pierre, zee French fighter pilot is with his amour.

“Oh, Pierre, I want you to kiss me”, she exclaims.

And so he tilts her chin up and leans in, but just before he plants a kiss on her lips,

he pours a little red wine on them, and then goes in for the kiss.

“Oh, Pierre, mon dieu, that was so arousing and romantic, but tell me,

why before you kissed me, did you pour red wine on my lip?”

“I am Pierre, zee French fighter pilot, and when i taste the red meat, i have the red wine.”

“Oh Pierre, that is so romantic, kiss me again, but lower this time!”

and so he carefully unbuttons her top and lowers his head.

But before he begins, he pours a little bit of white wine on her brst, and then, ravagement.

“Oh, Pierre, Pierre”, she squealed, “again, so naughty, so arousing, so magnifique!

but tell me, why this time, at my brst, the white wine?”

“I am Pierre, zee French fighter pilot, and when I have the white meat, I pair it with the white wine.”

“And so he gets down on his knee and lifts her bustle, pushing aside her bloomers and lowers his head.

Just before he engages, however, he pours a little bit of cognac onto her pubic hair and sets it alight.

“PIERRE, PIERRE, WHY HAVE YOU DOWN THIS?” she cried, batting out the flames.

“I am Pierre, zee french fighter pilot, and when i go down,

i go down in flames. 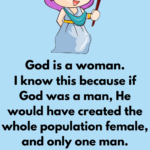 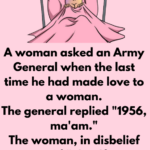