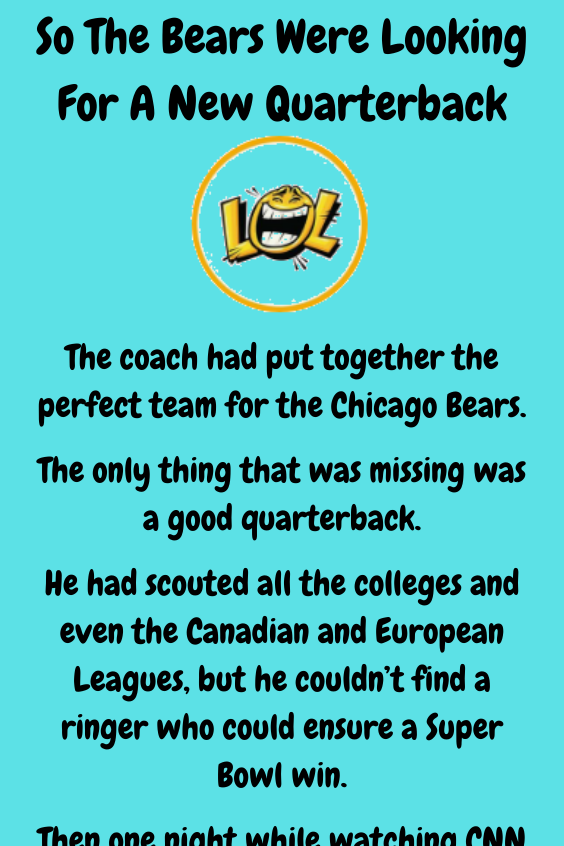 The coach had put together the perfect team for the Chicago Bears.

The only thing that was missing was a good quarterback.

He had scouted all the colleges and even the Canadian and European Leagues,

but he couldn’t find a ringer who could ensure a Super Bowl win.

Then one night while watching CNN he saw a war-zone scene in Afghanistan.

In one corner of the background, he spotted a young Afghan Muslim soldier with a truly incredible arm.

He threw a hand-grenade straight into a 15th story window 100 yards away.

KABOOM!He threw another hand-grenade 75 yards away, right into a chimney.

KA-BLOOEY!Then he threw another at a passing car going 90 mph.

BULLS-EYE!‟I’ve got to get this guy!” Coach said to himself.

‟He has the perfect arm!”So, he brings him to the States and teaches him the great game of football.

And the Bears go on to win the Super Bowl.

The young Afghan is hailed as the great hero of football, and when the coach asks him what he wants, all the young man wants is to call his mother.

‟I do not want to talk to you”, the old Muslim woman says.

‟You’re not my son!”‟I do not think you understand, Mother,” the young man pleads. ‟I’ve won the greatest sporting event in the world.

I’m here among thousands of my adoring fans.”

‟No! Let me tell you!” his mother retorts.

‟At this very moment, there are gunshots all around us.

The neighborhood is a pile of rubble.

Your two brothers were beaten within an inch of their lives last week, and I have to keep your sister in the house so she doesn’t get raped!”

The old lady pauses, and then tearfully says, ‟I will never forgive you for making us move to Chicago !!!! 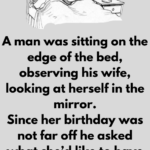