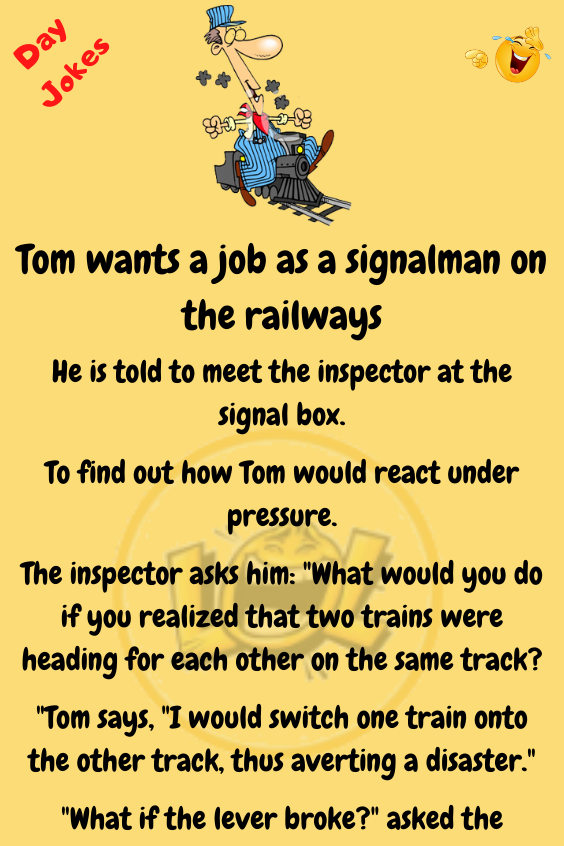 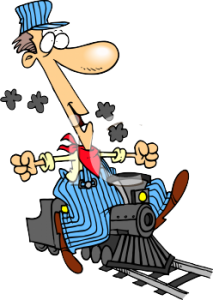 Tom wants a job as a signalman on the railways.

He is told to meet the inspector at the signal box.

To find out how Tom would react under pressure,

the inspector asks him: “What would you do if you realized that two trains were heading for each other on the same track?

“Tom says, “I would switch one train onto the other track, thus averting a disaster.”

“What if the lever broke?” asked the inspector.

“Well, I’d run down to the tracks and activate the manual lever,” said Tom.

“What if that had been struck by lightning?”

“Then,” Tom continues, “I’d run back into the signal box and phone the next signal box.”

“What if the phone was engaged?”

“Well in that case,” persevered Tom,

“I’d rush down out of the box and use the public emergency phone at the level crossing up there.”

“What if the public phone was on fire?”

“Oh well, then I’d run into town and get my uncle Bill.”

This puzzles the inspector, so he asks,

“Is he in the fire department?” 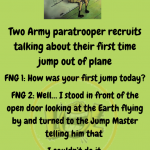 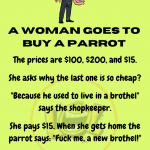