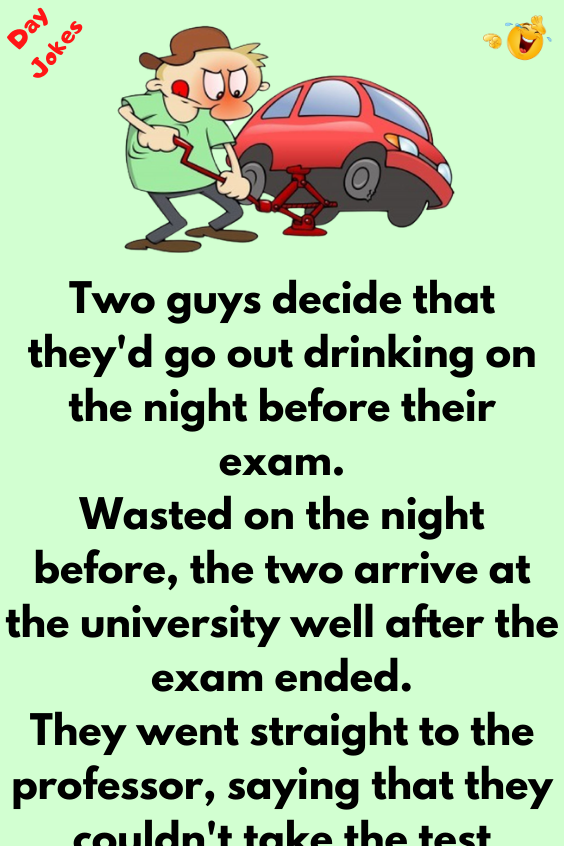 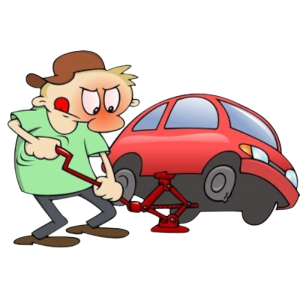 Two guys decide that they’d go out drinking on the night before their exam.

Wasted on the night before, the two arrive at the university well after the exam ended.

They went straight to the professor, saying that they couldn’t take the test because one of the car’s tires had gone flat.

Surprisingly, the professor allows them and promptly tells them to come back tomorrow.

The two take this chance to cram as much as they can, and they return to the professor, ready for the test.

The prof takes them into separate rooms and hands over their test papers.

Flipping it over, they howl in laughter, seeing these simple questions like

“What subatomic particles make up an atom?”.

This is too easy, they thought. Once they’ve reached the final question,

the two guys’ jaw hung loose as they read “For 90 points, 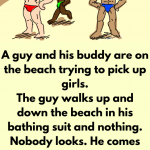 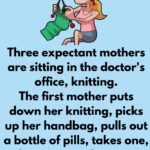