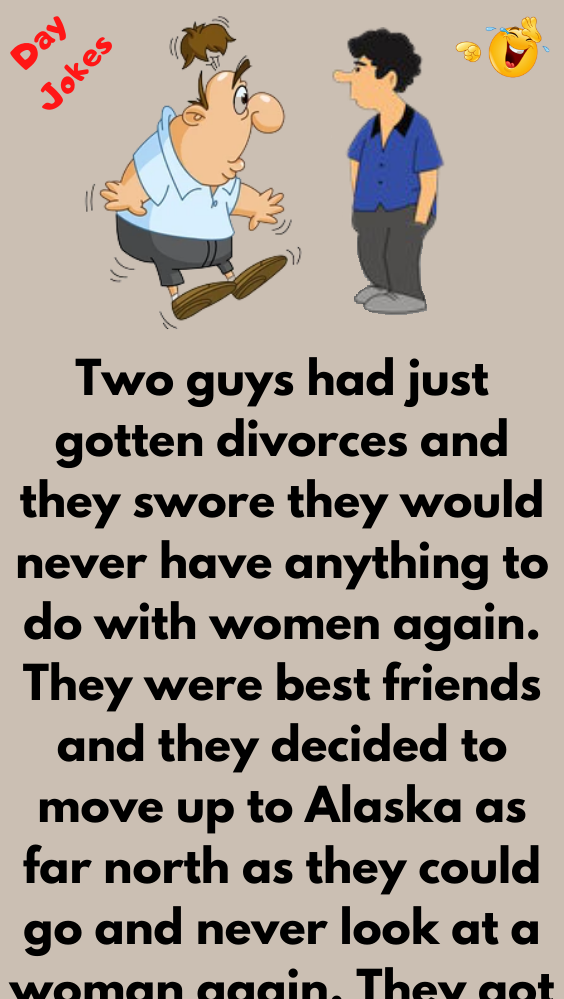 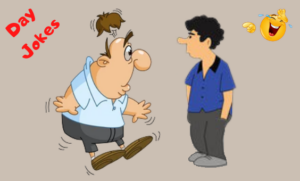 Two guys had just gotten divorces and they swore they would never have anything to do with women again.

They were best friends and they decided to move up to Alaska as far north as they could go and never look at a woman again.

They got up there and went into a trader’s store and told him, “Give us enough supplies to last two men for one year.”

The trader got the gear together and on top of each one’s supplies he laid a board with a hole in it with fur around the hole.

The guys said “What’s that board for?” The trader said, “Well, where you’re going there are no women and you might need this.”

They said “No way! We’ve sworn off women for life!”

The trader said, “Well. take the boards with you, and if you don’t use them. I’ll refund your money next year.”

“Okay,” they said and left. Next year this guy came into the trader’s store and said “Give me enough supplies to last one man for one year.”

The trader said, “Weren’t you in here last year with a partner?” 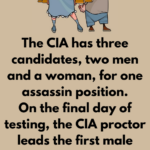 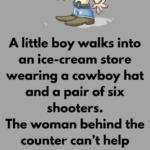