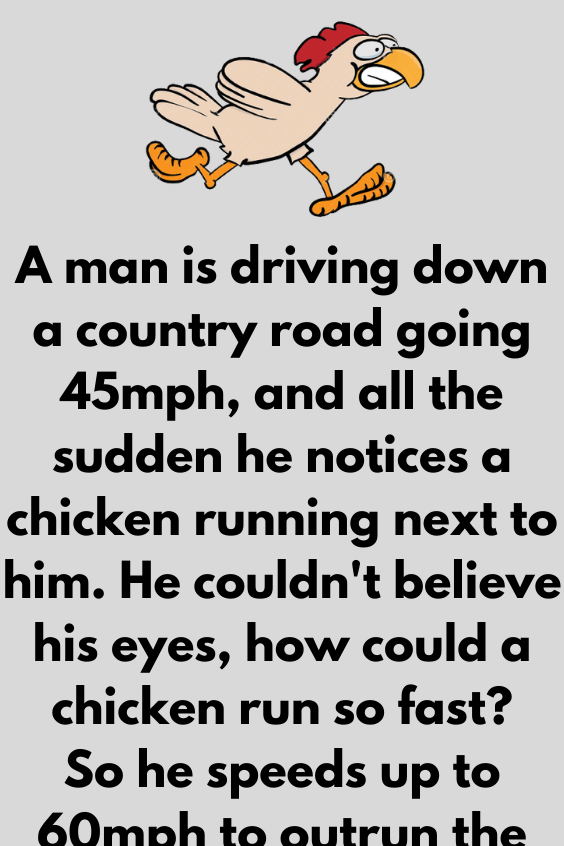 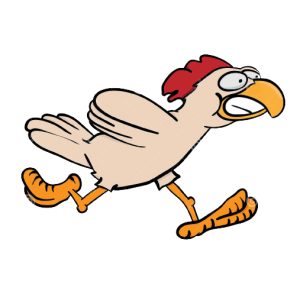 A man is driving down a country road going 45mph,

and all the sudden he notices a chicken running next to him.

He couldn’t believe his eyes, how could a chicken run so fast?

So he speeds up to 60mph to outrun the chicken,

and after a few seconds the chicken has caught up to him!

He simply can’t believe it, he shakes his head and looks back and suddenly the chicken is gone.

But no! He looks ahead and the chicken is in front of him now, and in addition to being impossibly fast,

The chicken turns down a driveway leading to a farm and disappears.

Well, naturally the man had to follow the chicken to see where it went because he thought he must be going crazy at this point.

After a mile or so he pulls up to a farm, where he sees a farmer standing out front.

“sir, did you just see a chicken come blazing past here?”.

Did that chicken have 3 legs!?”

“Yes, as a matter of fact I breed 3 legged chickens.” The farmer said.”

And why do you do that?”

“Well, when we cook a chicken for dinner,

and by golly I just got sick of fighting over them.

He finally asks the farmer, “so…how do they taste?”

The farmer responds with a frustrated tone:

“I don’t know god dammit I’ve never been able to catch one.” 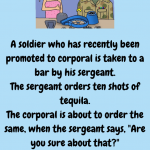 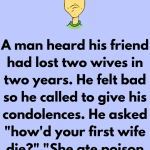