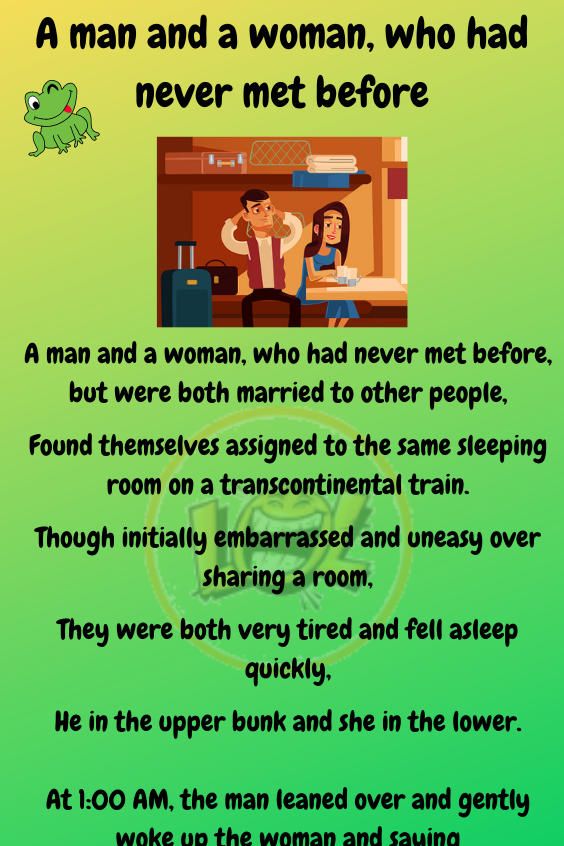 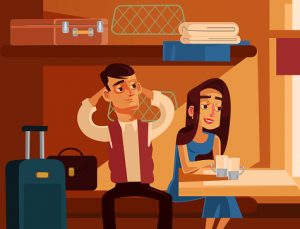 A man and a woman, who had never met before,

but were both married to other people,

found themselves assigned to the same sleeping room on a transcontinental train.

Though initially embarrassed and uneasy over sharing a room,

they were both very tired and fell asleep quickly,

he in the upper bunk and she in the lower.

At 1:00 AM, the man leaned over and gently woke the woman saying,

“Ma’am, I’m sorry to bother you, but would you be willing to reach into the closet to get me a second blanket?

“I have a better idea,” she replied.

Get your own damn blanket!

“After a moment of silence, he farted. 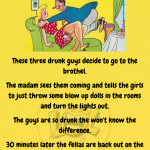 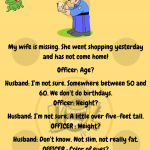