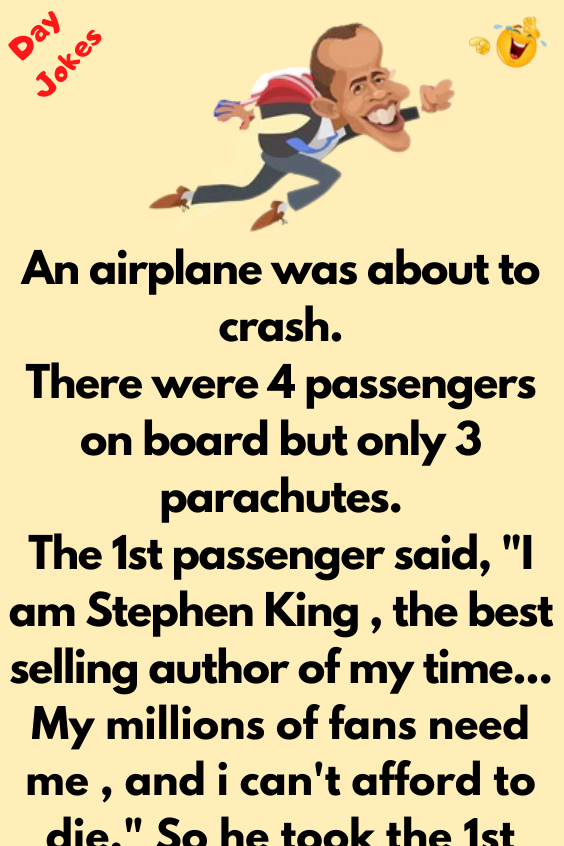 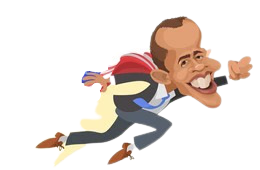 An airplane was about to crash.

There were 4 passengers on board but only 3 parachutes.

The 1st passenger said, “I am Stephen King , the best selling author of my time…

My millions of fans need me , and i can’t afford to die.”

So he took the 1st pack and left the plane.

The 2nd passenger , Barack Hussein Obama, said , “I am the 44th President of the United States,

and I am the smartest President in American history , so my people don’t want me to die.”

He took the 2nd pack and jumped out of the plane.

The 3rd passenger, the Pope, said to the 4th passenger, a 10 year old schoolboy,

“My son , I am old and don’t have many years left,

you have more years ahead so I will sacrifice my life and let you have the last parachute.”

The little boy said , “That’s okay , Your Holiness, there’s a parachute left for you. 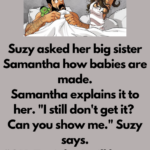 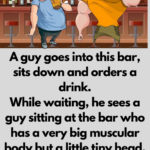