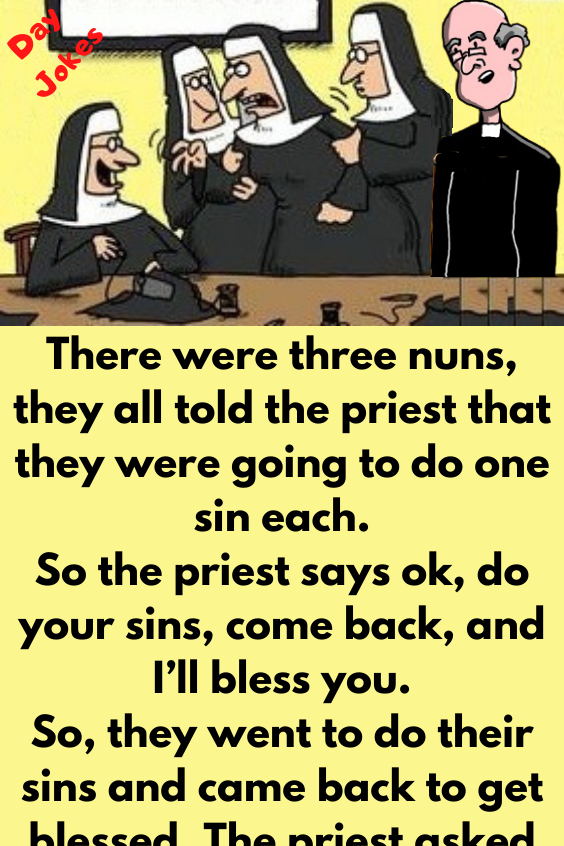 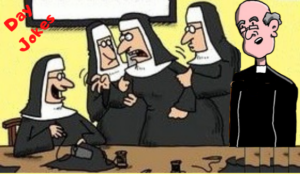 There were three nuns, they all told the priest that they were going to do one sin each.

So the priest says ok, do your sins, come back, and I’ll bless you.

So, they went to do their sins and came back to get blessed.

The priest asked the first one who was laughing what her sin was. She said, “I had spend a night with a guy.”

The priest said ok, blessed her and said go drink some holy water.

So she did! The next one was laughing harder, and the priest asked her what her sin was.

She said, “I got in a fight with another nun.” So he says ok, blessed her and told her to go drink some holy water. So she did.

The priest asked the last one who was laughing even harder what she did.

And as she was laughing she said, “I p**sed in the holy water!” 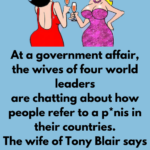 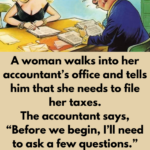