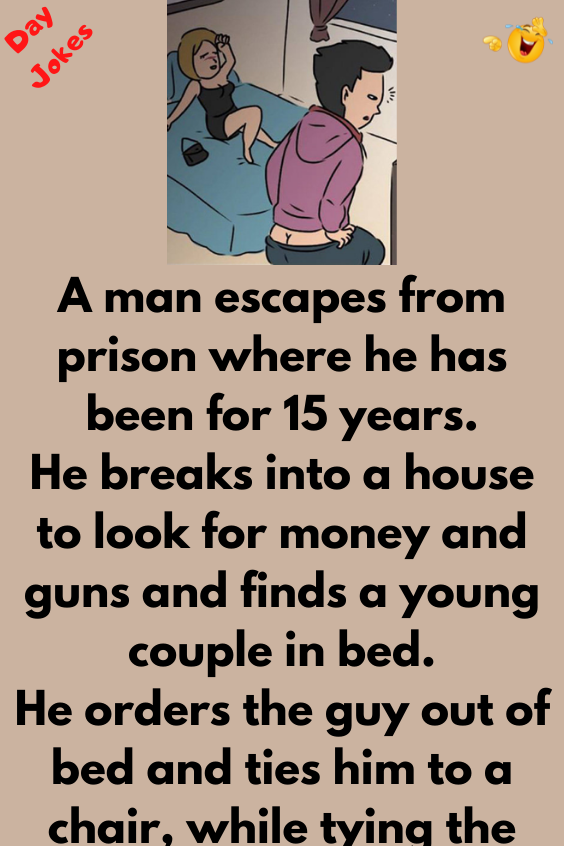 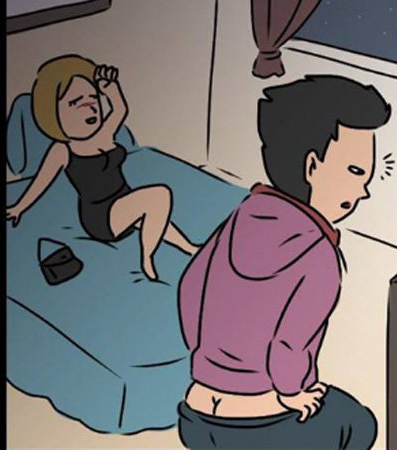 A man escapes from prison where he has been for 15 years.

He breaks into a house to look for money and guns and finds a young couple in bed.

He orders the guy out of bed and ties him to a chair, while tying the girl to the bed he gets on top of her, kisses her neck, then gets up and goes into the bathroom.

While he’s in there, the husband tells his wife:

“Listen, this guy’s an escaped convict, look at his clothes!

He probably spent lots of time in jail and hasn’t seen a woman in years.

I saw how he kissed your neck.

If he wants to do something with you, don’t resist, don’t complain, do whatever he tells you.

Satisfy him no matter how much he nauseates you.

This guy is probably very dangerous. If he gets angry, he’ll kill us.

Be strong, honey. I love you.

” To which his wife responds: “He wasn’t kissing my neck.

He was whispering in my ear.

He told me he was g*y, thought you were cute, and asked me if we had any vaseline.

I told him it was in the bathroom. Be strong honey. I love you too!” 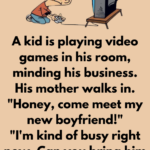 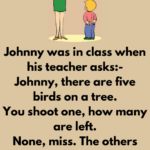