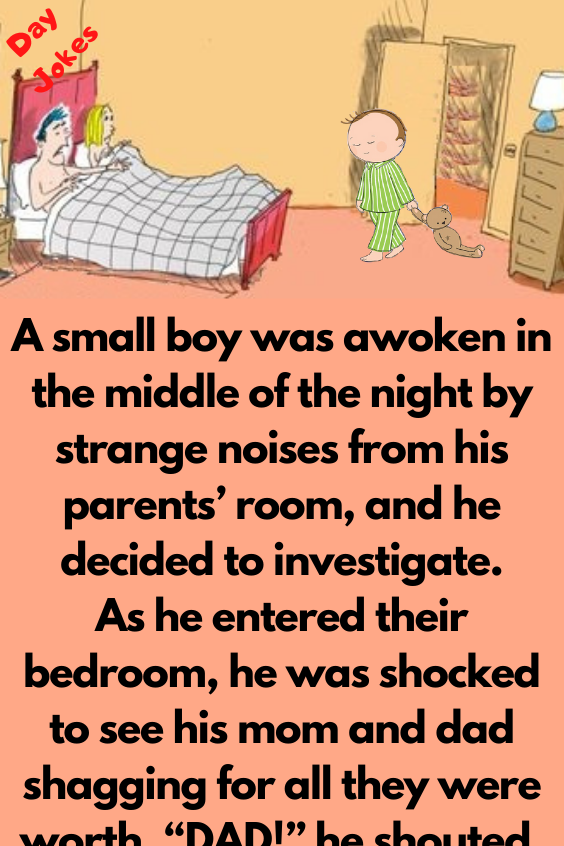 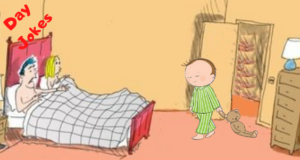 from his parents’ room, and he decided to investigate.

As he entered their bedroom, he was shocked to see his mom and dad shagging for all they were worth.

“It’s ok,” his father replied. “Your mother wants a baby, that’s all.”

The small boy, excited at the prospect of a new baby brother,

was pleased and went back to bed with a smile on his face.

Several weeks later, the little boy was walking past the bathroom and was shocked to discover his mother giving oral gratification to his father.

“Son, there’s been a change of plan,” his father replied.

“Your mother did want a baby, but now she wants a BMW.” 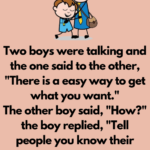 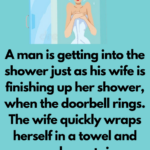