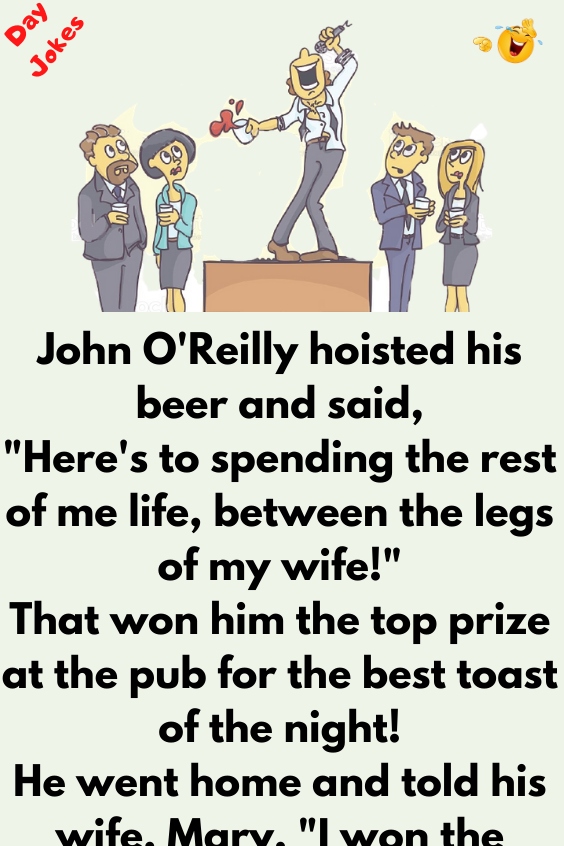 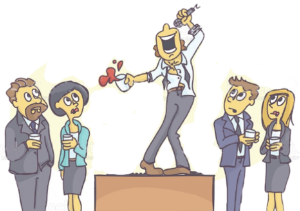 “Here’s to spending the rest of me life, between the legs of my wife!”

That won him the top prize at the pub for the best toast of the night!

He went home and told his wife, Mary, “I won the prize for the best toast of the night.

John said, “Here’s to spending the rest of me life, sitting in church beside me wife.”

The next day, Mary ran into one of John’s drinking buddies on the street Corner.

The man chuckled leeringly and said, “John won the prize the other night at the pub with a toast about you, Mary.”

She said, “Aye, he told me, and I was a bit surprised myself.

You know, he’s only been in there twice in the last four years.

Once I had to pull him by the ears to make him come, and the other time he fell asleep”. 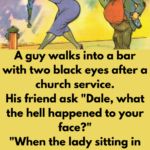 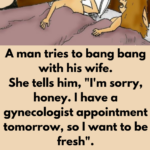