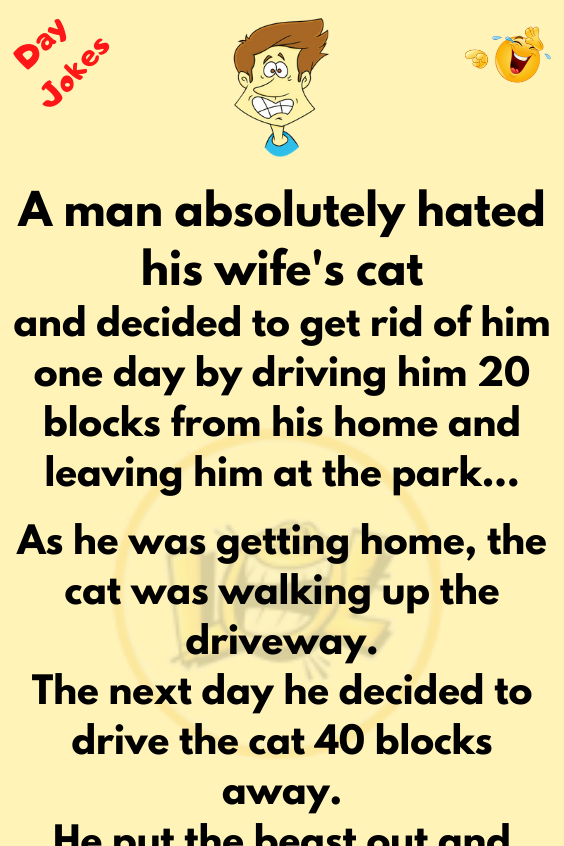 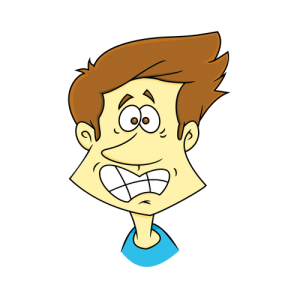 As he was getting home, the cat was walking up the driveway.

The next day he decided to drive the cat 40 blocks away.

He put the beast out and headed home.

When he reached his driveway, there was the cat.

He kept taking the cat further and further but the cat would always beat him home.

One day he decided to drive hundreds of miles away.

He drove out of town, through the desert and into the next state

until he reached what he thought was a safe distance from his home.

He let the cat out and headed back.

Hours later the man calls home to his wife:

“Put him on the phone,” the man replies. 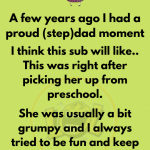 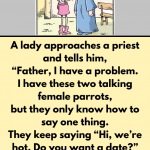