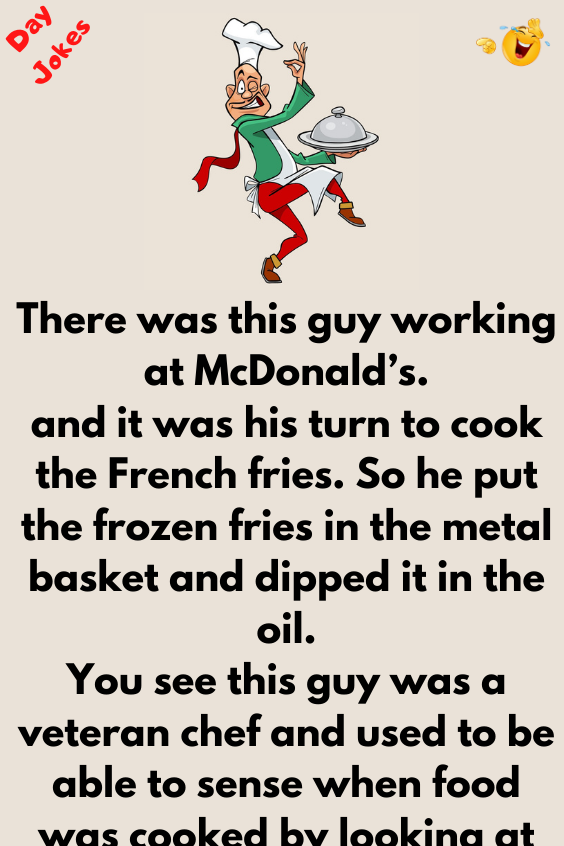 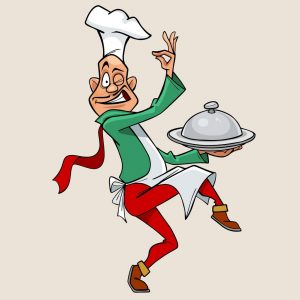 There was this guy working at McDonald’s.

and it was his turn to cook the French fries. So he put the frozen fries in the metal basket and dipped it in the oil.

You see this guy was a veteran chef and used to be able to sense when food was cooked by looking at it’s color or by smelling it,

he never needed a timer or a meat thermometer or anything to help him, and so he just stared at the fries,

looking at its color as it turned from white to yellow, compensating for the fact that the oil was too, yellow.

Everyone was usually in awe of him because his fries were always yellow crispy perfect.

And many customers came flocking to this particular McDonalds just for his fries.

However today, out of the corner of his eyes , he spied the newest happy meal toy, the talking electric pikachu, licensed by Nintendo .

As an avid pokemon fan he couldn’t help but pick up the toy and pull down on the tail marked with the ‘down’ arrow.’Pikachu!’ it went.

Delighted, he pulled on the lightning bolt shaped tail again…’pikapikapi!’absolutely thrilled he was at the possible variations of voice recordings the little rodent could provide,

he pulled at the tail another thirty more times. ‘Pika?’ it went, ‘pikachuuuuuu!’ and so on until he counted that there were fifteen in all.

Suddenly, he received a tap on his shoulder. He turned, only to face his supervisor holding a metal basket full of blackened fries.

“No human is infallible, as much experience as you have in the culinary arts, you must never be so complacent nor arrogant in your abilities,

there are tools of this trade that you can make use of which will help you perform effectively!

you have neglected one of the fundamental precepts of our trade! I

do not wish to have to say it, or I would be doubly disappointed in you!

You do know what I am speaking of do you not?”The chef hung his head low, and ashamedly remained quiet,

pondering over his obvious mistake, one that he had never imagined he would ever make.”Tell Me!!!” demanded his supervisor…

The kitchen grew quiet as the crew stopped their activities, turning to both of them, just to hear the age old adage :

“Time fries when you’re having fun.” 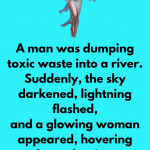 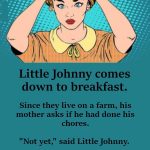